Hoooaaa!!! I am half-way from Salt Lake City, Utah to Independence, Missouri (Kansas City). I knew that I was getting close, so I used the “Walk” button on Google Maps and it came out that half-way is eight miles east of Brush, Colorado. I added the miles to the first mile maker that I saw and the magic mile marker is “180.” I feel blessed to have made it this far, 540+ miles. I started out saying that the 1083 mile walk would take me about three months. Achieving half-way on Thursday, August 1, 2013, is six-and-one-half weeks of the thirteen weeks in three months, since I started on Monday, June 17, 2013. Shortly after I took the picture of the half-way celebration, I got a good dose of rain and made it to Akron, Colorado about 10:30PM. About 24 miles for Thursday.

It was fun walking into Akron by the fairgrounds while the county fair was going on. I slept under the pavilion at the fairgrounds. I found out that the fair keeps going until midnight and the roosters start crowing at 4:30AM. A short night’s sleep for me.

Video of half-way point in the Thousand Mile Walk 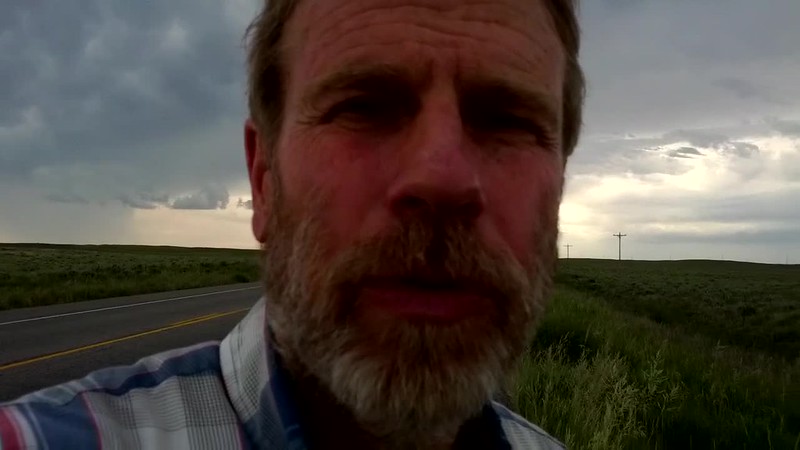