I crossed the border from Nebraska into Kansas today. It was interested looking at the abandoned buildings that were farm homes and associated buildings. Many of them looked like they had not been occupied since the 1930s. I imagined that they may have been deserted during the Great Depression and Dust Bowl days. The home in the picture shows signs of being lived in in the 1980s or perhaps more recently. It was right next to the road and made a good photo op. Gradually, there began to be more successful looking, currently operating farms with occupied homes. In St. Francis, I talked to the curator of the local museum and she said that her family’s homestead was repossessed in 1932.

You might think that I gave up walking and started driving since I went through Nebraska so fast and into Kansas. Haigler, Nebraska is in the “3 corners” of Nebraska, Colorado and Kansas. I only walked 10 miles in Nebraska, spent one rainy night and then into Kansas.

Video at the Kansas state line with Nebraska 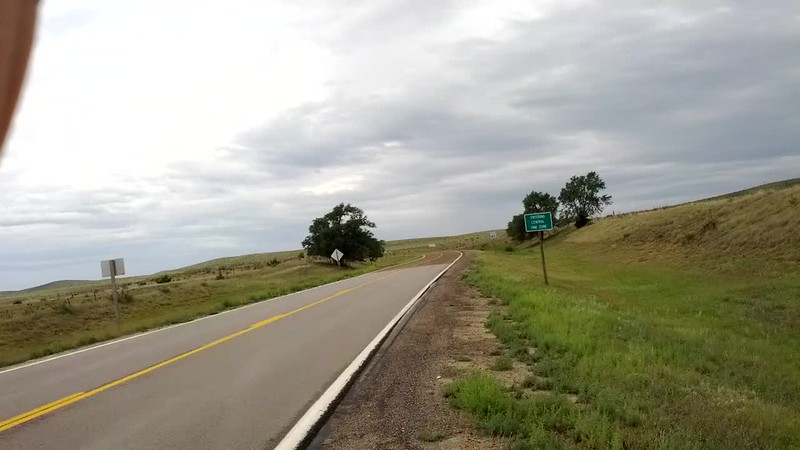