Welcome at the Kansas City Temple

President John Hardy, and his wife, Nancy Hardy, with Claron at the Kansas City Temple

The temple president, John White Hardy, and his wife, Nancy Hatch Savage Hardy, the temple matron, returned to the temple from their quarters near the temple to meet me and have their picture taken with me.

The fluffy white clouds in the picture taken by Claron are beautiful as the plane gained altitude after taking off from the Kansas City airport. The cloud deck grew thicker until it was a heavy overcast as we landed in Denver. I had a scheduled 3 hours to wait for my connecting flight from Denver to Salt Lake City. I watched a heavy rainfall for about an hour which caused a one-and-a-half hour delay for the plane that I was going to board for the flight to Salt Lake City. [Update to this story! It turned out that this was a series of heavy rainfalls in a few days that set record rainfall totals in Boulder, Colorado and the greater Denver area. It actually washed out some of the roads that I had walked on about 6 weeks earlier.]

I landed safely and received a warm welcome from my family and some friends at the Salt Lake City Airport. It was a great adventure. Thanks to all of you who followed me and supported me. Thanks especially to those who donated to support the children at our schools in South Sudan. It is great to be home. 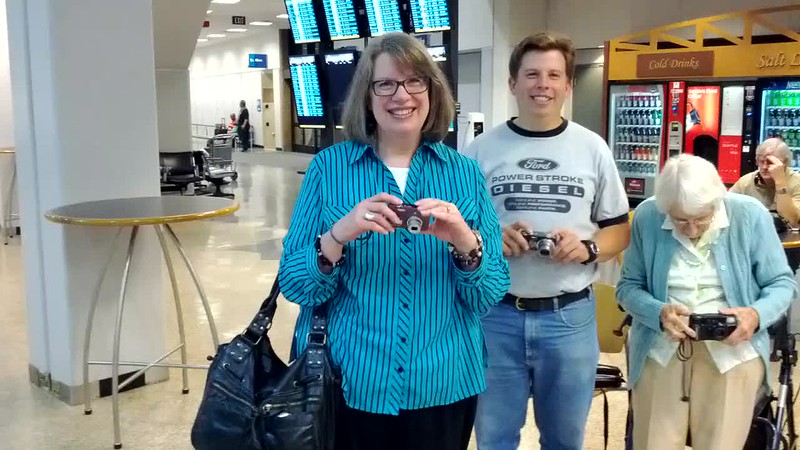